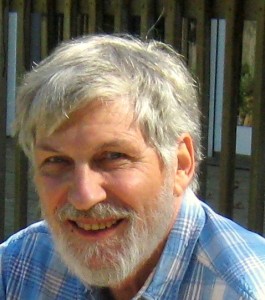 Four years ago at an Ekklesia Project Conference at DePaul University, the Nurturing Communities Project was born in a conversation between Jonathan Wilson Hartgrove and David Janzen. At that time, David mentioned that his work as an affordable housing developer was slowing down, and that Reba Place Fellowship had affirmed the sense he had to visit many of the newer intentional communities who identified with the New Monasticism movement. Jonathan said he’d been praying for pastors and mentors for the new communities who were finding life in his books and in the School for Conversion weekend retreats. Jonathan affirmed this mission and dubbed it “The Nurturing Communities Project” (NCP). This blessing was repeated in times of prayer and commissioning at the Shalom Mission Communities gathering, at the Family Reunion, and in the Reba Fellowship home base. The Simple Way, School for Conversion, and Shalom Mission Communities were the first to put money in the pot for this ministry and they named representatives to form a NCP oversight committee. 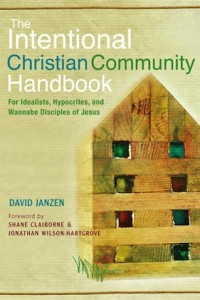 David began to visit communities, often with younger travel partners. In those consultations we made many friends and learned a lot about what works and what does not work in growing sustainable and healthy communities. Some of these communities requested full-scale reviews of communal spiritual life, which we called “visitations” according to ancient monastic practice. In the summer of 2010, Jonathan put before David a timely encouragement to apply to the Louisville Foundation for a $15,000 study grant, which, in 2011, paid for the six month process of collecting and organizing the findings from the community visits. The contributions of about fifty persons came together in a book that our publisher, Paraclete Press titled, The Christian Intentional Community Handbook: For Idealists, Hypocrites and Wannabe Disciples of Jesus. It hit the market in September of 2012.

The Spirit has been gathering this emerging network of communities each fall in reunions of friendship and mutual support that include a few established intentional communities and many groups still in their first decade. These gatherings have also served as an informal year-by-year point of review and guidance for the Nurturing Communities Project.  Hosts for these NCP Gatherings have been Reba Place Fellowship (Evanston IL, 2010), Englewood Christian Church (Indianapolis IN, 2011), St. Johns Abbey (Collegeville MN, 2012) and the Platte Clove Bruderhof (New York Catskill Mountains, 2013).