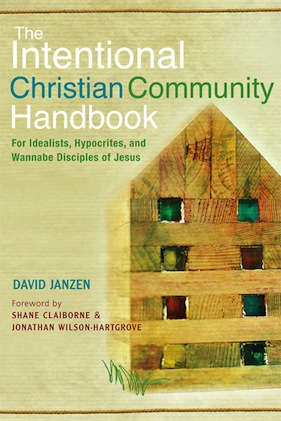 The Intentional Christian Community Handbook: For Idealists, Hypocrites, and Wannabe Disciples of Jesus

In the 21st century, Spirit-energized people of all ages are searching for a new (yet ancient) way of life together. A new generation of intentional communities is emerging with inspiring stories to tell of discoveries and struggles as they find their way. David Janzen, a friend of the New Monasticism movement with four decades of personal communal experience, has visited scores of communities, both old and new. This book shares the wisdom of many communities in many locales over the last half century.

David Janzen grew up on a Kansas Mennonite farm, graduated from Bethel College, and studied at Harvard Divinity School. In 1971, he and his wife helped found New Creation Fellowship, a Christian intentional community in Newton KS. In 1984, they moved to Reba Place Fellowship in Evanston IL, where David now runs an affordable housing ministry. 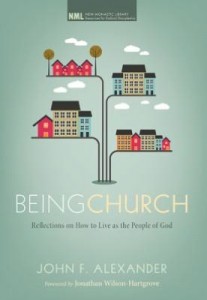 Being Church: Reflections on How to Live as the People of God

Written by: John F. Alexander of Church of the Sojourners

Pastor John Alexander, a thirty-year veteran of living in Christian communities, yearns for all the wonder and promise of the New Testament vision of church to come true. After struggling with Scripture in live-together church communities, he shares the Scriptural practices and wisdom that make for an authentic, sustainable, and joyful life together. For any person or church wanting to move beyond the cliché of “community” to the radical vision of the New Testament, this book is an invaluable guide 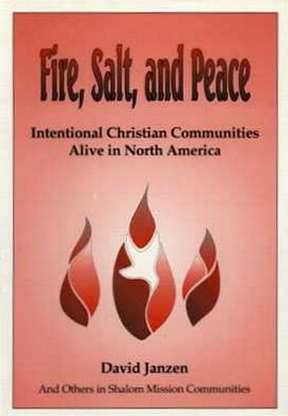 Here, in one volume, you can gain a bird’s eye view of communities that survived the 80s. Part directory, part anthology, and part introduction to communal living, this is probably the best guide to Christian communities in the US and Canada on the market.The main body of the text is based on survey material sent to the editor from the groups he chose to feature, which allows the reader to “hear” community members themselves. Includes several insightful essays, on communal living, and on the probable roots of community failure and success. 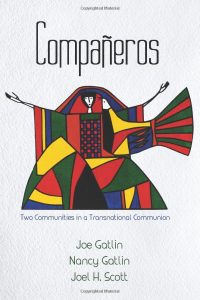 On a Thursday morning in 1981, four thousand campesinos (fieldworkers), fleeing a US-funded Salvadoran death squad, stumbled down the rocky, overgrown side of a hill to the Lempa River. Some were mown down by machine guns and the strafing of helicopters; others drowned as they were swept away by the river. The rest escaped to live the next eight years in UN refugee camps in Honduras. In 1989 many of these refugees returned to El Salvador as the repatriated community of Valle Nuevo. Companeros tells the stories of a twenty-five year relationship of accompaniment, healing, and forgiveness between Valle Nuevo and a small association of churches in the United States, Shalom Mission Communities. The two groups have come to embrace a transnational communion with one another despite the economic, political, and spiritual chasms that exist today. This work is a collective, collaborative effort of storytelling and theological reflection, interweaving oral and written accounts of suffering, thanksgiving, sharing, remembering, and proclaiming the death of Christ until he comes again.

Nancy and Joe Gatlin have lived their passion for community building for more than forty-five years in Chicago and Waco as members and cofounders of communal households and two inner-city church communities. Joe worked for Habitat for Humanity for more than 30 years with local, regional, and national responsibilities. Nancy, born in Costa Rica and raised in Uruguay, is a teacher and educator. Now in their jubilation years, they provide leadership for the Nurturing Communities Network, organize delegations to El Salvador, chase grandchildren, manage a prayer garden, and enjoy life with the sisters and brothers of Hope Fellowship.

Joel H. Scott has served as the Director of Development and Outreach for World Hunger Relief, Inc. He has fifteen years of experience in higher education leadership and community engagement. Joel and his family have been a part of Hope Fellowship and SMC since 2009.